Luis Suarez and Arturo Vidal trained separately from their Barcelona teammates on Saturday, sources have told ESPN, as both players prepare to leave the club.

ESPN reported on Friday that Suarez, 33, had agreed to join Juventus while Vidal, also 33, is in talks with Inter Milan.

– Lowe: Messi set for “Last Dance” at Barca
– Gallery: Messi’s Barcelona career in pictures
– Games on Plus! Watch Serie A, Bundesliga, MLS and more in U.S.

New Barca manager Ronald Koeman decided that the pair should train individually, accompanied by a fitness coach, rather than join the rest of the squad. 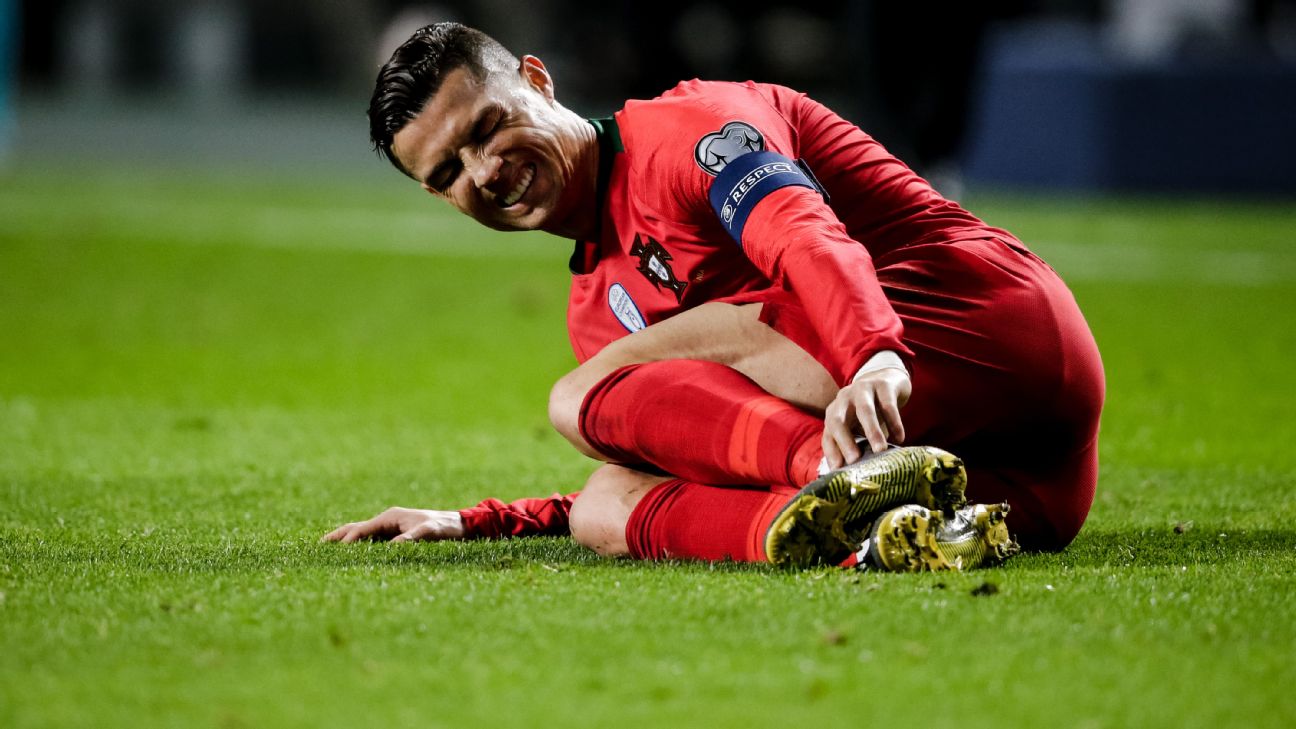 Both players were informed in brief conversations with Koeman last week that they were not part of his plans next season as Barca look to rebuild their squad after a disastrous 2019-20.

Suarez, who has risen to third in Barca’s all-time goalscoring charts since joining in 2014, is expected to move to Turin for a nominal fee.

Sources told ESPN that Vidal had originally been expected to stay at Camp Nou but there was a change of heart after the 8-2 Champions League quarterfinal defeat at the hands of Bayern Munich.

He is now likely to link up with his former coach at Juventus, Antonio Conte, in a return to Serie A.

ESPN reported that Koeman has identified Liverpool‘s Georginio Wijnaldum as the player he would like to replace Rakitic and Vidal, as well as summer signing Miralem Pjanic and youngsters such as Riqui Puig.

Koeman — who replaced Quique Setien as Barca manager after their humiliating Champions League exit — has now completed his first week of training sessions with the squad.

The team will have a day off on Sunday, before returning to training on Monday afternoon — when Lionel Messi is expected to re-join them after abandoning his bid to leave the club.

Meanwhile, former Barca boss Luis Enrique said both the club and Messi will be successful when they part ways one day.

“I think that clubs are bigger than individuals,” he told a news conference ahead of Spain‘s UEFA Nations League clash against Ukraine on Sunday.

“Barcelona are one of the biggest in the world and have won many titles. It’s clear they have had a marvellous relationship. Leo has made Barca grow exponentially thanks to his great performance. I would have liked there to be an agreement.

“Sooner or later, Messi will stop playing at Barca. It would have been good if it was more friendly. It will be a pity, the day he goes, we will not see that marvellous player, but the club will keep winning titles without Messi, just as Messi will keep being marvellous for many years if he goes.”